In October of last year I asked Kat Francois if she would be keen to come out to Durban (South Africa), to create a theatre piece with me, to “butt poetic-heads together” live on stage.

Our topic would be race-relations between a Black European African Woman and a White African European Man. Neither of us knew what we were in for. Props (respect) must go to Kat and her fella Rob (photographer poet) for agreeing to work on this, and to my partner in all things life, director Karen Melissa Logan. The four of us dove head-long into the process of producing this work. We are all still surfacing. Again, none of us knew what was coming.

I have been unpacking my “whiteness” for a little over a year now. Writing and co-creating two shows, “YOBO” and “I to I“, both dealing with notions of what it might be to be white in this world, has left me properly spinning. At various points this year I have stopped trusting my work to the point of mini-breakdown. Thankfully I have not been alone. Truly. Karen and I have been fully on this quest together and much must be said for having a partner with enough energy to stash her own shit so she can shoulder some of mine.

The beauty of “I to I” has been to allow me to put it all on stage in the company of another artist who has both provoked me to a point, but also stood with me through what has undoubtably been the most real catharsis I have experienced in my 10 plus years as a professional performer.

I have only just begun to break it all down.

I expect to be doing so for the next long while.

The only thing that I can say for one hundred percent certain that this show has taught me…is to moisturize.

Here is a poetic piece that never made it onto the stage. Most of this show was about the process anyway, so in a way it had its day.

I’m not looking for that pat on the back from a black and I’m sure as hell not gonna end up another whining white guy / I’m gonna get by by getting the balance just right / gonna coast like a ghost / grey / unseen / slipping in between the cracks in the scene / the gaps in the scenery of this fractured society / Or so I thought I would / but it can’t happen / not with a mouth like mine built for rapping / not when I come equipped with a tongue and an intellect set to rip a sizable hole in anything you might respect / when I’m ready whenever you are with a pen for whoever you are to spit hard talking blood letting waiting to get beyond sweat / I will spit fuel to fire fools in my trajectory so expect of me that I will kill it with an ability from within the cranial cavity / dismantle dogs who would battle me leave ’em lacking an’ looking for missing parts of their anatomy like been decapitated by the words that I’ve stated.

Back then I thought that this gimmick gave me some legitimacy.
Like now I can walk freely through situations like “If you don’t know, act like you know.”
But I’m an actor, professional, so I can spot that dishonesty.
And I’m angry.
Angry at being told to turn that tongue on me.
You’re telling me I need to turn that tongue on me?
Why? Why me?
Why do I have to stand on the white side of history? Why can’t I move to the right side of history?
All I wanted was to tackle some serious subject matter.
I didn’t want to be the subject matter to tackle.
Set myself up as a bag at tackle practice AND I’m the player AND I’m the coach screaming at me like “attack this”!

How the hell am I supposed to tackle myself?

Lemme tell you where I’d rather be.
I’d rather be comfortable. Blissful existence to the point of ignorance.
I’d rather be where I can jump in and out as I please.
I’d rather be where if it doesn’t suit me I can choose to leave.
That’s where it’s at.
But it’s not where I’m at.
Lemme tell you where I’m at.
I’m at a point where I’m ready to fuck myself UP, knock myself the fuck out!
So sick of being conscious: Angry man being told he’s got nothing to be angry about.
Conscious, of how I’ve caught myself posing like all these punches I’ve been throwing have a point.
Instead of blunt punches. Blunt, like a glove. Soft.
So I’m angry, and it’s time that I’m taking the gloves off,
Like okay history, have it your way:

SWING “Why do white people get to be ignorant but I don’t?”
SWING “Why do black people get to feel pride but I won’t?”
SWING I never thought I had all the answers
SWING I never thought I’d learned all the lessons
SWING but I was so certain that I was asking the right questions
SWING and maybe I was
SWING but I was never asking them of myself
SWING SWING SWING
So now I’m shadow boxing acting like its good for my health but I’m swinging at air because there’s nothing. SWING Fucking. SWING There. 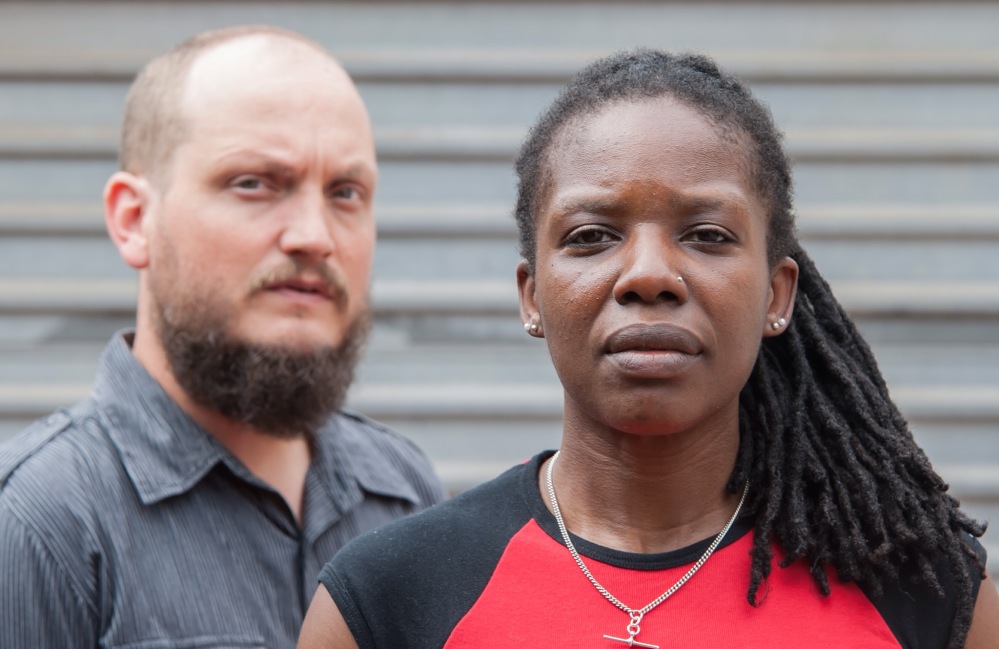 2 thoughts on “I to I: how the hell to tackle yourself.”